Dave is very active in .net User Group communities. He spent 3 years as an officer and director of INETA (International .NET Association) where he oversaw the enrollment and support of hundreds of user groups worldwide. He and others founded Florida .NET User groups in 2001 and has been holding software developer meetups in South Florida ever since.

In 2005 he held the first South Florida Code Camp. This annual, free event, attracts over 1000 developers.

He has also been involved in community activities over the years participating in and helping organize and plan leadership programs in both Ft Lauderdale and Deerfield Beach. Currently Dave is an officer on the board of directors of the Deerfield Beach Historical Society and a board member of the Hillsboro Lighthouse Society. 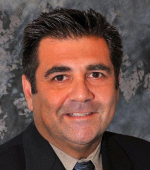 Shervin Shakibi is the Chief Technical Officer for Computer Ways Inc., a Microsoft Partner specializing in .NET development. In addition to being an author and Technical editor on many .NET books he has been a popular speaker at events such as Microsoft Tech Ed, PDC, Developer Days and Code Camps. As the Co-founder of Florida .NET users groups (http://www.fladotnet.com ), he created and currently manages Non-profit Ways (http://www.nonprofitways.com). Non-profit ways gives Developers an opportunity to learn the tools and languages that support .NET, while developing solutions for non-profit organizations which could not afford cost of development. 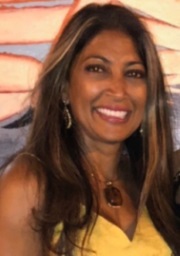 She enjoys being active and is a soccer and football fan.